Why use Liqui-Moly oil in your BMW or MINI?

Liqui Moly 5W-30 has been tested and approved by BMW in Germany under the Longlife-04 standards. It has an American Petroleum Institute (API)?rating of SM, and it’s rated by the European Automobile Manufacturers’ Association (ACEA) as A3-04/B4-04/C3-04.

The most important aspect of engine oil is not changing it often enough. BMW suggests that you can replace the oil every 15,000 miles. While this contributes to BMW’s “lower cost of ownership” numbers and reduces BMW’s maintenance costs during the “free” Maintenance Program, but after servicing these vehicles for many years, we can see that it’s not in the best interest of the engine longevity and performance in the long run.

We believe you should change your oil approximately every 7,000 miles if you use an oil that meets BMWs Longlife-04 standards and more often with an oil that does not. 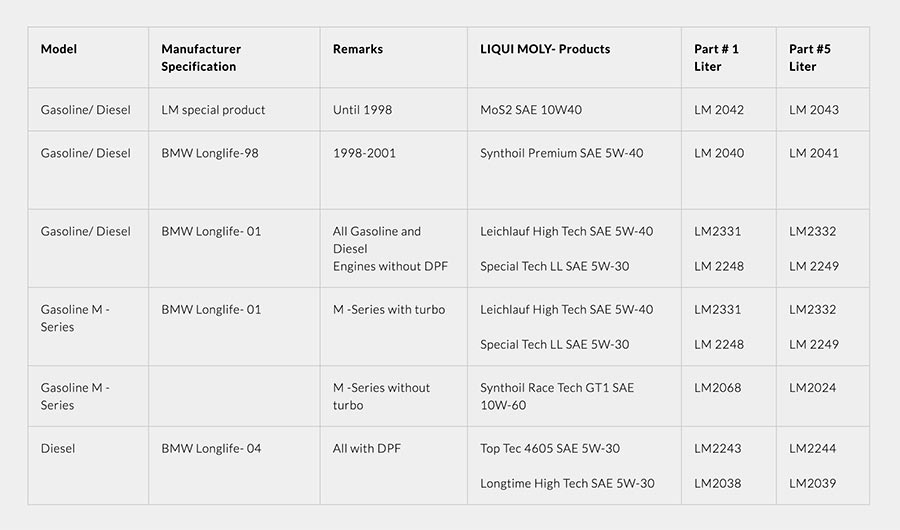 LIQUI MOLY motor and gear oils have received the stamp of approval from BMW and other major vehicle manufacturers. These approvals represent the official manufacturer certificate of acceptance of our quality and approved use for keeping the vehicle within warranty requirements. 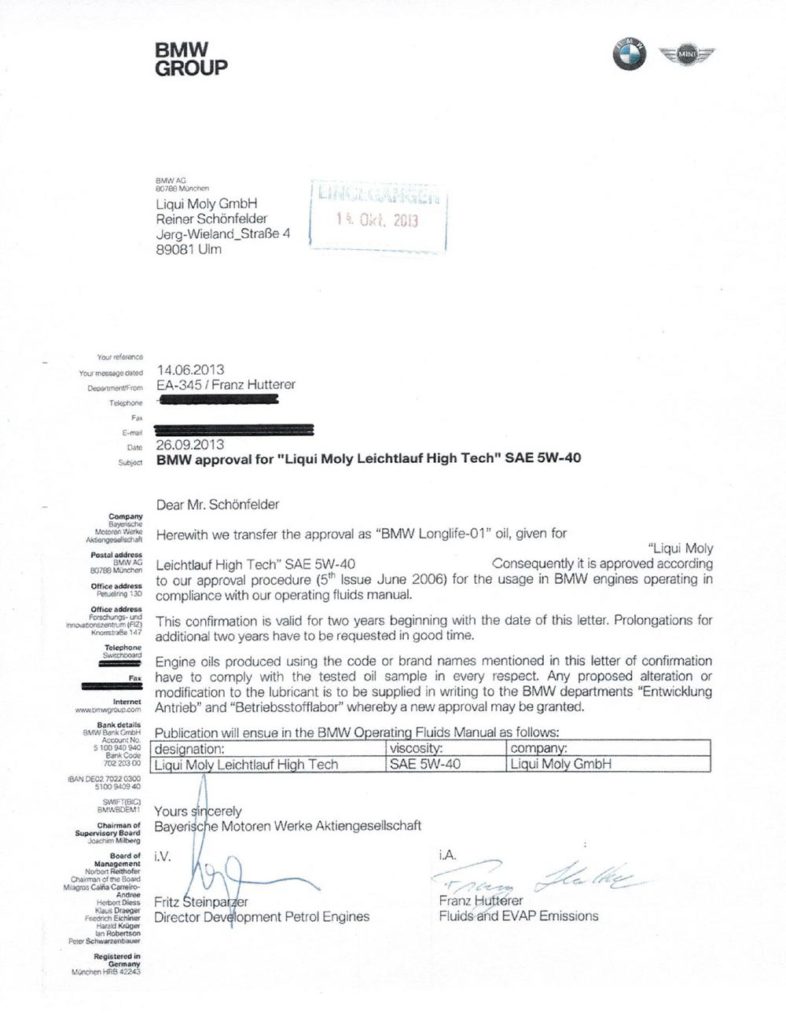 We accept all credit cards